SPP Bohemia a.s. built the Dolní Bojanovice UGS facility in 1999 in one of the most important oil & gas localities in the Czech Republic. The development of this gas storage facility took place in several stages, when the facility was expanded to include additional deposit structures in line with the required increase in its storage capacity.

Two Managing Directors shall act jointly on behalf of the company at all times. 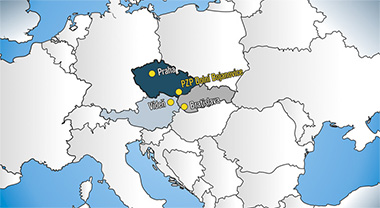